The Total Flirt: Table of Contents and Chapters 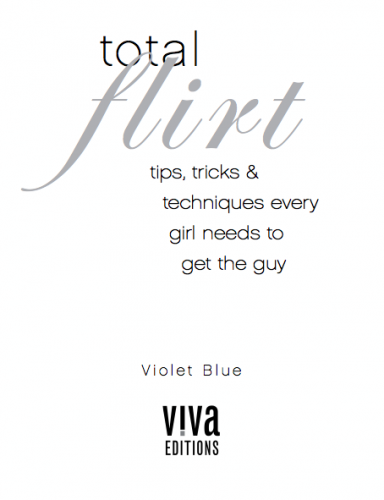 In case you want a little taste of what’s inside Total Flirt, check out the sweet Table of Contents! Look for images of the whole lineup after the jump… 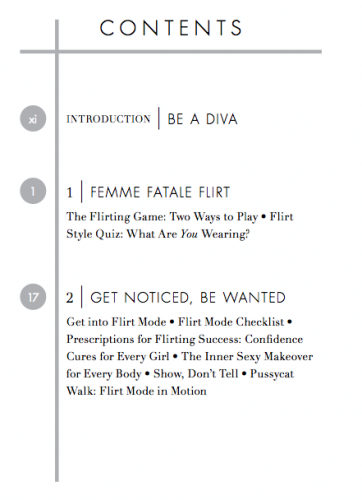 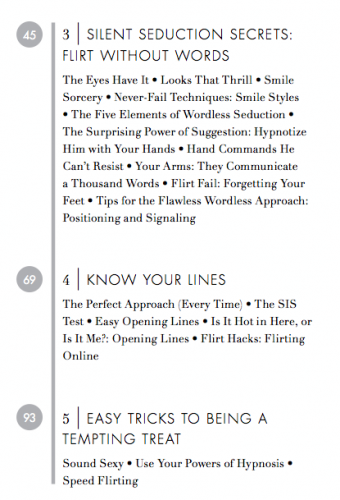 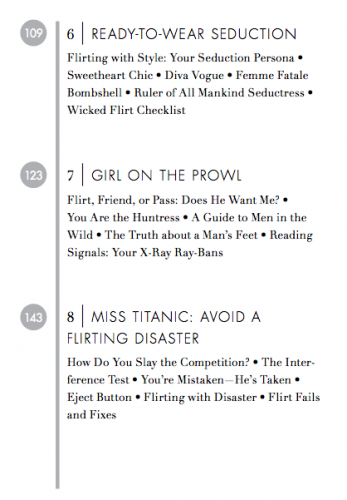 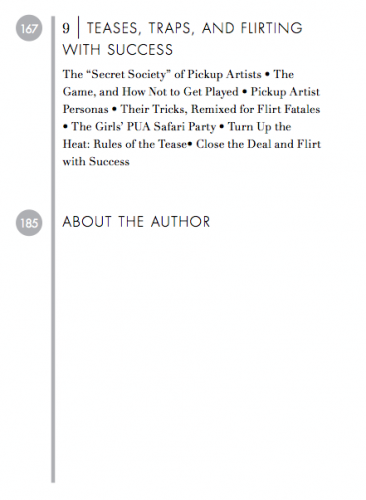 Hidden at the end of the book and not in the Table of Contents is a tip that tells you a secret code for downloading bonus material and extra tips on this website (to be posted when the book goes on sale). Don’t miss it!