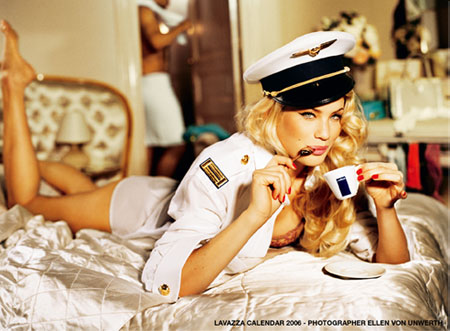 Confessions of a PUA Super Girl is not brand new, but it is required reading for all girls on the prowl. The author, Jessi Fischer (AKA “The Sexademic”) holds a Master of Arts in Sexuality Studies from San Francisco State University and is a professional public speak, among other things.

My book Total Flirt and forthcoming app has a lot of secrets and techniques from so-called “secret societies of pick-up artists” – male enclaves that trade on tricks and psychological techniques to “seduce” girls. These guys won’t like seeing me reveal, hand over and re-style their tricks to women – especially because I’m basically arming you with them so you can get what you want. Whatever that may be.

Fischer spent time a year ago with a couple professional “PUAs” and I’ve talked to her about what she learned, at length, largely in research for my Total Flirt book. She wrote about it in this post, with some great thoughts about how they view and treat girls. If you like her post, you’ll LOVE my book – and you’ll really love the app (for Apple and Android). You must read her post about the good, the bad and the ugly of PUA culture and practices – ladies, take note, and look for more of what I reveal about what these guys do in my book. Here’s an excerpt:

(…) The PUA or Seduction community is highly controversial. Is it helping men? Enabling would-be murderers with enough misogynistic rhetoric to spark a killing spree? Or maybe no longer valid but now a ridiculous, sprawling parody? Even among current, would-be and never-will-be PUA men, they can’t seem to decide. (…)

[THE GOOD]
Men obtaining confidence. This is true for everything in life. If you are nervous or don’t believe in yourself, other people notice. No-one gravitates towards unsure individuals. (…)

[THE UGLY]
Women can be manipulated, if only you know how. Everyone has the power of critical thought. Assuming that all females are walking programs that will bend to your will if you say the right phrases, do the right things or project the right persona is insulting. I was once outside of a club talking to a friend and a budding PUA. He actually started talking to his friend in front of me about how girls like me were attracted to being ignored. I walked away. So much for that theory. (…)

Read all of Confessions of a PUA Super Girl (sexademic.wordpress.com).