Dr. Petra and the British “Science of Pulling” 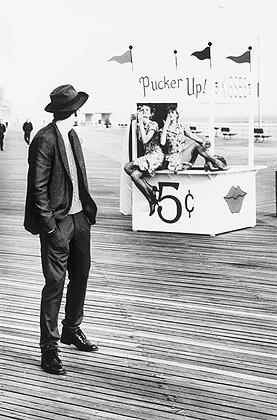 In the UK, “pulling” is the term for scoring. That sounds kind of blunt, but it’s just as much about flirting successfully as it is about getting someone to go home with you. Pulling is basically the act of attracting: flirting, seducing, picking up, pulling a date (dating). British sex educator Dr. Petra Boyton Ph.D. has a long but worth-it article you’ll want to read that covers the study of “pulling” and so much more. In Reporting back on the ‘Science of Pulling’ – making science work for you, you’ll learn about doing just that: how science can make your flirt game and your dating life better.

I like that in it, we get factual, practical tips on how scientists study dating, the science behind it, thoughts about finding “the one,” all about dating websites and their data, debunking the “self help” industry, and loads of tips to improve your chances and experiences at dating. Here’s an excerpt:

Last Wednesday as part of the British Science Festival we put theory into action with a Science of Pulling evening where we heard about the evidence base around dating and relationships and applied this knowledge at the festival’s first speed dating event.

The event was sold out and fortunately all those who attended were willing to have fun, ask questions, share stories and most importantly speed date at the newly refurbished MAC.

For those of you who weren’t able to make it (and in the tradition of good science) here’s a report on what we did, what we discovered, and what we’ve still left to learn. (…read more, drpetra.co.uk)