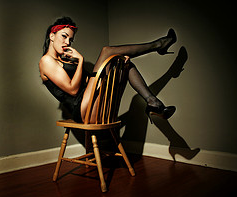 Wow, we didn’t think the Kindle edition of Total Flirt would be out for another two weeks, but Amazon was on it like a bee to honey! Even more fantastic, they selected it as one of the books where they offer a first free sample chapter (they do this for select books, so I’m thrilled).

Here is the first chapter, for free (!) in Amazon’s web-based Kindle reader. Click to expand it fullscreen and change the font sizes to your preference.