Airline Industry Survey: Half of You Flirt While Flying 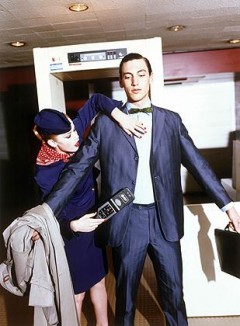 This is a racy little item about flirting from UK airline industry flight outlet SkyScanner. According to their new survey of 1,000 passengers, nearly half say they flirt while flying – and nearly all claimed to have joined the “mile high club” with 20% of those doing so with someone they’d just met on the flight.

When you think about this in terms of Total Flirt‘s SIS Test (measuring flirt success with the factors of Sociability, Icebreakers and Shared interests – as explained in the book) it makes perfect sense. While sizing up a flight with the SIS Test shows significant drawbacks to flirt success, if you’re in proximity to a hottie then you’ve got enough ingredients to make the time on a flight, well, fly by with a harmless en-route flirt session.

Here’s an excerpt from Planes are the new hotspot for a romantic liaison:

45% of passengers admit to flirting whilst flying, whilst 95% want to join the mile high club

Skyscanner survey reveals new “flyrting” trend as almost half of all passengers admit to flirting at 40,000 ft.

The aviation industry has long used the frisson of flirtation to sell flights, beginning with strict ‘glamour’ criteria for cabin crew on the first commercial flights and continuing through to recent sexy advertising campaigns from airlines such as Virgin. Now a survey from flights comparison site Skyscanner has revealed our romantic associations with flying are still going strong with the trend for “flyrting” – the practice of passengers flirting whilst flying.

The survey of over 1,000 travellers revealed that 45% of passengers admitted to flirting whilst on board a flight, with a third leading to a rendezvous following the flight, and 8% of them resulting in a relationship. (…read more, skyscanner.net)